Review: The Best of Look-In – The Seventies 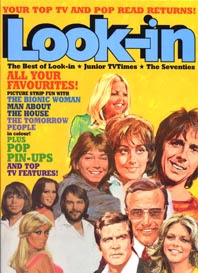 Untidily spilling out of the racks in the children’s comics section of newsagents throughout Britain are publications that combine comic strips based on licensed properties from other media (including television, film and toys) with articles, puzzles, posters and competitions. They are all the spiritual children of Look-In, born in 1971 when its publisher decided to take two pitches – for a children’s magazine about TV and for a comic in the style of TV21 - and combine the two. Whether this formula proved to be the salvation of children’s publishing or cost comics their soul is a matter of opinion.

Whereas the likes of The Simpsons, Doctor Who Adventures and Transformers have a single brand to play with, Look-In had access to almost everything shown on ITV, which was then one-third of all programmes broadcast in Britain. The range of strips reproduced here, wide though it is, is only a selection. Some series were omitted because they were too adult, and one or two were licensed elsewhere. I remember being most put out when I learned that Marvel UK had obtained the rights to Planet of the Apes, because I so much preferred the artwork in Look-In.

Editor Alan Fennell, late of TV21, had hired many of the best boys’ comics artists in Britain, including some of my favourites from Countdown, such as Mike Noble, John M Burns and Martin Asbury, as well as humorous artists like Bill Titcombe, whose work I admired on Dad’s Army in TV Comic. He had also brought with him TV21 writer Angus Allan, whose stories now seem thin and perfunctory, but which appeared to my pre-teen self as being much more faithful to the television originals than the overwrought melodrama of Marvel.

If the writing for these strips doesn’t carry too much appeal for an adult thirty years on, the artwork remains a major draw. Noble, for example, makes Black Beauty a far more dynamic and visually expressive story than it ever was on television. 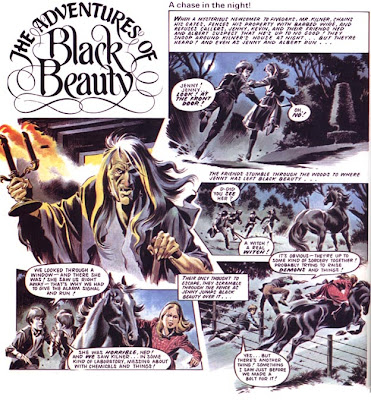 It’s fun to see the veterans apply their mature skill to these strips. But there is even more interest in watching future stars in development. Here is John Bolton, working chiefly in line rather than his more familiar modelled tones. 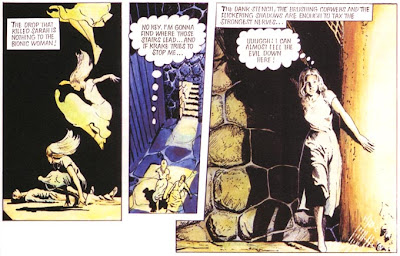 Particularly startling is the range of styles deployed by Arthur Ranson, before beginning, with Sapphire & Steel, to develop what would become the highly detailed hatched realism familiar from Button Man and Anderson, Psi Division. 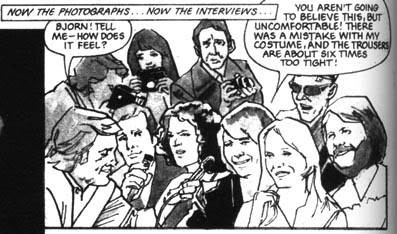 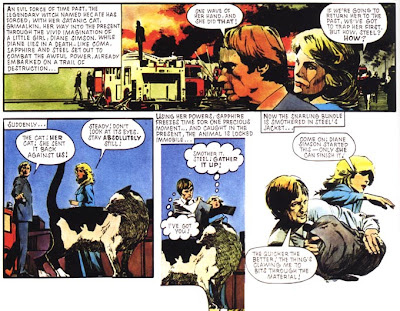 Reproduction is occasionally grainy, and at least some pages have been scanned from published copies (a number of pages, particularly those in black and white, show a tell-tale darkening towards the spine). But on the whole everything looks acceptable.

And what of the magazine content? Well, the articles were always pretty thin at the time. There may be some nostalgic buzz from reading a day’s TV schedule that is no longer being broadcast, working through competitions for prizes that can no longer be won, and gazing at adverts for products that can no longer be bought, but once you’ve skimmed through that stuff once, it becomes clear that it’s the comics that have the greater and more lasting value.

But, then again, I thought that at the time.